DUBAI, Dec 1 (AFP) — From the world’s tallest building to the deepest diving pool, the United Arab Emirates, which turns 50 on Thursday, has a love of setting records.

Here are five of the wealthy Gulf state’s record-breaking feats:

Dubai is the glitziest of the UAE’s seven emirates and its shining achievement is the needle-shaped Burj Khalifa, the world’s tallest building.

The 828-meter skyscraper, in glistening glass and steel, opened in the downtown area in 2010.

Known as Burj Dubai before its inauguration, it was renamed Burj Khalifa in honor of UAE’s President Sheikh Khalifa bin Zayed Al Nahyan. At 250 meters from the ground to the top of its rim, Ain Dubai (“Dubai Eye”) towers above the Bluewaters artificial island.

Each of its 48 carriages can hold 40 people, and it takes 38 minutes to complete a full rotation. Dubai is not the only emirate with record-breaking structures, with Ras Al-Khaimah boasting the world’s longest zipline.

Riders can reach speeds up to 150 kilometers per hour as they zip through the Hajar mountain range.

Dubai added to its list of records in June when it opened the world’s deepest swimming pool for diving. 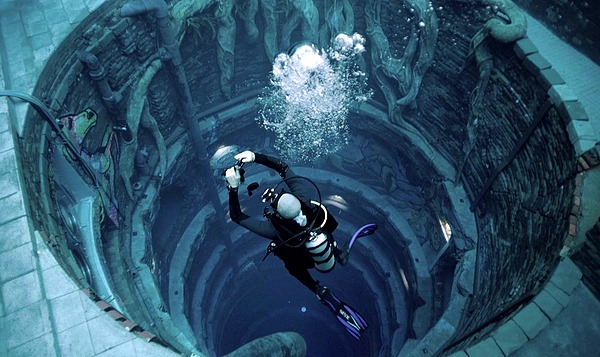 Abu Dhabi, the UAE capital, also has its share of records including the world’s fastest rollercoaster.

Formula Rossa, which simulates driving a Formula One car at a speed of up to 240 kilometers an hour, is located at the Ferrari World theme park and opened in November 2010.