As we head towards the end of the year, there is a sense of deja vu. Malaysia has just had a state election, the number of COVID-19 cases are increasing both globally and domestically, and there are questions regarding the need for COVID-19 vaccination. This time though, the questions center around the need and safety of booster shots. The need for booster shots

Alongside other public health measures like wearing masks, vaccination against SARS-CoV-2 is the most important life saving tool in the war against COVID-19. Unfortunately, the strong protection vaccines provide wanes over time. This has been demonstrated by studies in the United States of America, the United Kingdom and Israel. As our immunity wanes, the rates of infection, serious disease, and death begin to rise.

In order to reverse this process, a booster shot is needed. The concept is not new as many other vaccines require repeated shots in order to maintain the appropriate level of protection. This is particularly relevant for those who are at high-risk such as the elderly and individuals with chronic conditions e.g. obesity, diabetes, heart disease, kidney disease and respiratory disease.

Guidelines will change over time as studies take into account population factors and the presence of new variants of concern.

Both regimens can be used, although some have raised concerns regarding the ‘mix and match’ approach. However, the renowned scientific journal Nature reported last month that several studies around the world have shown that heterologous vaccine regimens are highly effective at preventing COVID-19, roughly matching or even exceeding the performance of vaccines of the same type.

The studies were done in Sweden, Denmark and France looking at various populations at various times, including during the rise of the hyper-infectious Delta variant. The Swedish study for example looked at over 100,000 people who received the AstraZeneca vaccine followed by a mRNA vaccine and it found that those who received mixed vaccines were 68% less likely to develop a symptomatic infection compared to a figure of 50% among those received AstraZeneca vaccines only.

Health Minister Khairy Jamaluddin recently revealed that approximately 40% of booster shot recipients did not show up for their appointments. At first glance, this may be surprising as 95% of the adult population has been fully vaccinated.

To address this issue, it is important to assuage the fears of many who are concerned about the ‘mix and match’ approach. Repeated messages should be sent addressing doubts regarding the safety of this approach (it is worth noting that the adverse reactions are not higher when vaccines are mixed) and reinforcing its benefits.

We also face the problem of complacency as society reopens and we become desensitized to the high number of cases that are still present in the community. However, we should not make the mistakes of our past, and indeed the mistakes occurring elsewhere across the globe at this point in time.

The World Health Organization’s regional director for Europe, Dr Hans Kluge, warned that 500,000 more deaths could be recorded in Europe by March if steps such as increasing the wearing of masks and increasing vaccine uptake are not taken. Countries like Austria have made vaccination a legal requirement whilst others like the Czech Republic and Slovakia have announced restrictions on the unvaccinated.

Not every country will follow the route of Austria when it comes to enforcing vaccination. The approach is debatable – generally, it is an individual’s right to do as he or she pleases with his/her own body. However, different ethical (and legal) considerations come into place in the matter of public health, when individual behavior can have profoundly negative societal effects.

For example, someone with the Ebola virus – which is highly infectious and can cause 90% of sufferers to bleed to death – may want to walk around town, but will be quite justifiably quarantined to prevent societal breakdown. A lady visiting a luxury store to buy a handbag may think it’s her freedom to not wear a mask, but her actions are infringing on the rights of others to not get sick & die.

The flipside to the concept of ‘Lindung Diri, Lindung Semua’ is that those who choose not to protect themselves can potentially harm those around them – doctors and nurses who do not vaccinate themselves may be a risk to their patients, just as teachers can be to students and prison wardens to prisoners.

Singapore’s Ministry of Health has announced that those who are “unvaccinated by choice” will have to start paying for their own COVID-19 treatment citing the strain they are putting on the nation’s health care system since unvaccinated persons make up a sizable majority of those who require intensive inpatient care, and therefore disproportionately contribute to the strain on healthcare resources. There is an argument that a similar approach be made in Malaysia.

What is not debatable is the fact that the pandemic remains a death sentence to many who are unable to mount an appropriate immune response. At the end of the day, everything that we do is risk mitigation – the wearing of masks, the avoidance of clusters, the vaccinations – none of them are guarantees against infection, but they definitely reduce the possibility of contracting the virus and in the case of vaccinations, markedly reduce the risks of complications such as respiratory failure and death.

(Dr Helmy Haja Mydin is a respiratory physician and Head of The Lung Center at Pantai Hospital Kuala Lumpur.) 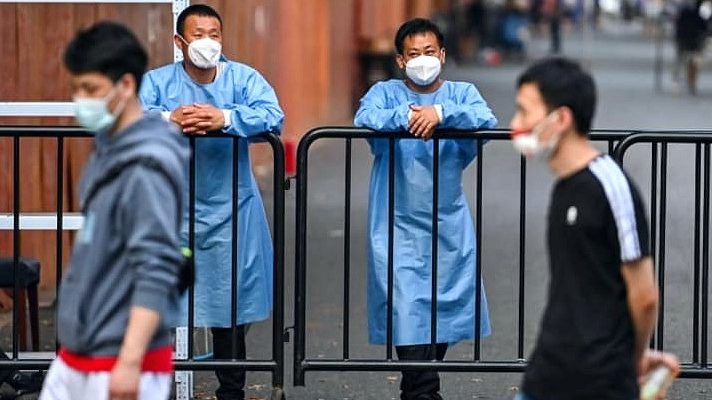 Long-lasting loss of smell, taste in 5% of Covid cases: study
1 w ago