Font
A lesson we can learn from the Timah controversy 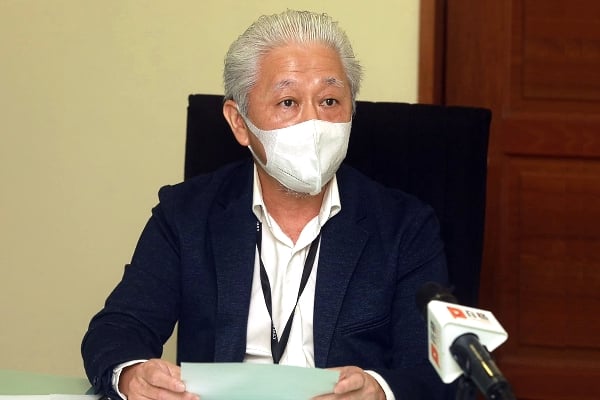 It appears to be a happy ending that finally Timah whiskey gets to keep its name, but in fact, each and every Malaysian is a loser in this whole rotten farce that builds in the name of religion to destroy the country’s frail interracial relationship while unreservedly exposing the want of responsibility and ignorance among our politicians.

For these politicians, uniting the people has no place in their heads. They always put election votes above the interest of the nation and its people.

Although this issue was first brought up by an Amanah rep, leaders from Keadilan, PAS and Umno soon jumped into the fray.

Prime minister Ismail Sabri Yaakob failed to put out the fire in the first instance and warn his cabinet colleagues to be more careful in their remarks, and this is set to blemish his much chanted “Keluarga Malaysia” slogan.

As the politicians are busy playing up racial and religious issues during this election season, it is reassuring that many peace-loving Malaysians from different ethnic backgrounds continue to nurture this land of exceptional diversity all around us.

Take Shake & Bake Cafe along Ipoh’s Jalan Gopeng for instance, it is a haven of unity created by young Chinese, Malay and Indian Malaysians who shun sensitive racial issues and work together to prepare great food that appeals to all Malaysians irrespective of race.

On the November 14 “Kita” column, Sin Chew Daily published the story of this establishment winning the “Unity Cafe” award from the national unity department.

“Kita” is a weekly column first introduced in 2018 with the objective of promoting greater unity and inclusivity in our culturally diverse society.

I believe that many of you might have watched a video on social media lately about a makcik by the name of Rosni Mohd Yusof speaking in fluent Tamil with Chinese Malaysian woman Jolin Toh at a Turkish airport. Indeed, at an unexpected corner somewhere in the world, there is always something that warms our hearts with joy and inclusivity. Although this incident took place back in 2018, it drew a lot of attention among Malaysian social media users when the video was uploaded and went viral lately.

Indian Malaysians have just celebrated their Deepavali two weeks ago. Like the Malays, they have started to distribute angpaos to their children these past few years, albeit in different colors of packets (red for Chinese, green and purple for Indians and Malays during Deepavali and Hari Raya respectively).

Nasi lemak, a Malay delicacy, is the undisputed national dish loved by Malaysians of all races. Like roti canai, it is what many Malaysians will miss dearly when traveling abroad for business or vacation.

All these point to the fact that the three major ethnic groups in this country have already influenced one another culturally in a big Family.

This is also where Ismail Sabri’s “Keluarga Malaysia” spirit lies, where inclusivity, unity and gratitude are all we need.

Unfortunately, the Timah controversy and KL’s liquor sale ban have exposed a severe lack of one very important element in the “Keluarga Malaysia” spirit: empathy.

To some people, inclusivity is a one-way ticket, not bidirectional. They will never think how they will feel when the same thing happens to their own community.

What is meant by two-way tolerance? Take for example whenever the Malays are enjoying a beef meal at a restaurant table, Buddhists who refrain from eating beef would never feel offended because they respect the Muslims’ choice of food with an accommodating heart.

Similarly, if some Chinese are consuming non-halal food or alcohol, we hope the Malays and Muslims will not feel offended too. Unfortunately such a manifestation of inclusivity and harmony is becoming increasingly rare on Peninsular Malaysia. Non-Muslims here may need to travel east to experience the good old days their fathers and grandfathers used to cherish!

True inclusivity must be established upon mutual acceptance and respect of our differences. No one should haughtily enforce their own values onto other people just because they have more power.

Inclusivity must be spurred by practical action and a sincere heart in expressing our respect and tolerance for other people’s cultures, not just empty talks.

Few people who have a lot of power in their hands are aware that there is this unassailable responsibility that comes with the power. As a consequence, they have created numerous laws and rules that have hurt the feelings of their fellow Malaysians.

Many Malay leaders have asked me why the Chinese are unhappy about so many things, and why they are so fearful of hudud or RUU355.

Although Muslim leaders claim that the Islamic agenda would never infringe upon the lives of non-Muslims in the country, they have set new rules to restrict the lifestyles of non-Muslims: first banning the sale of liquors and now the Kedah state government says they want to ban lottery shops.

To the Chinese people, moderate drinking and playing a game of mahjong are just part of their regular activities to pass the time, and indeed many don’t drink or gamble at all. As such, please try to respect and accommodate the rights of non-Muslims as well.

When DBKL announced the latest guidelines restricting the sale of alcohol with effect from November 1, many across the country have urged their local authorities to adopt a similar measure. So how can the Chinese or non-Muslims be not afraid or frustrated? It seems that
a secular social environment is getting further and further away from us!

When Timah and KL’s liquor sale ban were first discussed in the cabinet, transport minister Wee Ka Siong and human resources minister Saravanan Murugan were in London and Dubai, and the cabinet meeting went without the voices of Chinese and Indian representatives. Following that, Timah management were summoned by several ministers on possible name change. It is hard to imagine who is going to defend the rights of non-Muslims one day when there will be no more Chinese and Indian voices in the cabinet.

Currently our only Chinese minister in the cabinet Wee Ka Siong met the PM and relevant ministerial colleagues to resolve the issue and in the end, Timah gets to keep its name but needs to explain how the name came about on the label. Announcement of the good news was nevertheless withheld because PAS was still having its national convention and the untimely announcement could mess things up.

Call that the sorrow of Malaysia. For more than 60 years now, we are still unable to liberate ourselves from the seasonal racist and religious antics of rogue politicians trying to ruin our racial harmony and unity.

And often these politicians manage to evade their legal liabilities after setting the fires, making the media convenient scapegoats instead for fanning public sentiment.

Our Southeast Asian neighbors such as Singapore, Indonesia and even Vietnam have gone so far in their economic and education developments while we are still squabbling over all sorts of recycled issues at the bottom of the well!

The leaders whom we have elected, including some cabinet ministers, lack macroscopic world view and the most fundamental common sense. They manage to move up the hierarchy merely by constantly playing up racial and religious issues.

The Timah incident should provide a valuable lesson for all Malaysians. We need to learn to mutually respect our compatriots towards a more united Malaysian identity.

We should take pride in the many little stories of unity happening at every nook and cranny of this country.

For the sake of our children, those politicians who don’t know how to do things right or are unwilling to do so should perhaps just stop their dirty tricks.

Don’t destroy this beautiful and diverse country we are blessed with.

It is the spirit of unity embodied in the “Keluarga Malaysia” concept that we should promote in order to pool together the energies and resources of all Malaysians to build up this country which is very luckily devoid of any major natural calamity.

As the commander of this “Keluarga Malaysia”, our prime minister has the irrefutable obligation to immediately stop these issues from burning further before permanent cracks and damages ensue.

The prime minister should remind his cabinet team to educate their party members and followers to be thankful to the Almighty for giving us so many different languages, cultures and lifestyles that have enriched the colors of Malaysia. We must be thankful that we are one big family and that we can genuinely take care of one another like brothers and sisters.

Those oblivious to the significance of “Keluarga Malaysia” are not qualified to be ministers, MBs, elected reps or government officials.

Be it “Keluarga Malaysia”, “We are Family” or “Satu Malaysia”, slogans are not designed to be chanted without any action. If we fail to do this, or unilaterally demand cooperation from a specific community, our racial segregation will only get intensified.

Finally, let me wish all our readers of all races “Salam Keluarga Malaysia”. May we all do our parts to safeguard the true Malaysian spirit for greater unity of our beloved nation.