GLASGOW, Nov 2 (AFP) — World leaders will conclude a two-day climate summit on Tuesday with a multibillion-dollar pledge to end deforestation by 2030 — a date too far away for campaigners who want action sooner to save the planet’s lungs.

The pledge was to be issued at the UN’s COP26 conference, which will continue for another fortnight to try to craft national plans to forestall the most devastating impacts of global warming.

The summit’s chair, British Prime Minister Boris Johnson, said the agreement on deforestation was pivotal to the overarching ambition of limiting temperature rises to 1.5 degrees Celsius.

“These great teeming ecosystems — these cathedrals of nature — are the lungs of our planet,” he was expected to say in Glasgow, according to Downing Street.

“Forests support communities, livelihoods and food supply, and absorb the carbon we pump into the atmosphere. They are essential to our very survival,” Johnson said.

“With today’s (Tuesday’s) unprecedented pledges, we will have a chance to end humanity’s long history as nature’s conqueror, and instead become its custodian.”

The pledge is backed by almost $20 billion in public and private funding, and is endorsed by more than 100 leaders representing over 85 percent of the world’s forests, the UK government said.

The leaders include those of forest-rich Brazil and Russia, both condemned by activists for accelerating their own rates of deforestation, along with US President Joe Biden and others.

“We are committed to protecting these critical carbon sinks and our natural capital for future generations,” he said in a UK government statement.

“We call on all countries to support sustainable development paths that strengthen the livelihoods of communities — especially indigenous, women and smallholders.”

The pledge to “halt and reverse deforestation and land degradation by 2030” encompasses promises to secure the rights of indigenous peoples, and recognize “their role as forest guardians”.

But while Johnson said it was “unprecedented”, a UN climate gathering in New York in 2014 issued a similar declaration to halve the rate of deforestation by 2020, and end it by 2030.

However, trees continue to be cut down on an industrial scale, not least in the Amazon under the far-right government of Brazilian President Jair Bolsonaro.

Almost a quarter of all man-made emissions of carbon dioxide can be attributed to land use activity such as logging, deforestation and farming.

Humans have already cut down half of all Earth’s forests, a practice doubly harmful for the climate when CO2-sucking trees are replaced with livestock or monoculture crops.

Greenpeace criticized the Glasgow initiative for effectively giving the green light to “another decade of deforestation”.

“Indigenous peoples are calling for 80 percent of the Amazon to be protected by 2025, and they’re right, that’s what’s needed,” said Greenpeace Brazil executive director Carolina Pasquali.

“The climate and the natural world can’t afford this deal,” she said.

Many studies have shown that the best way of protecting forests worldwide is to keep them under the management of locals with generations of preservation knowledge.

“We will be looking for concrete evidence of a transformation in the way funds are invested,” said Tuntiak Katan Jua from the COICA indigenous organization.

“If 80 percent of what is proposed is directed to supporting land rights and the proposals of Indigenous and local communities, we will see a dramatic reversal in the current trend that is destroying our natural resources,” he said. 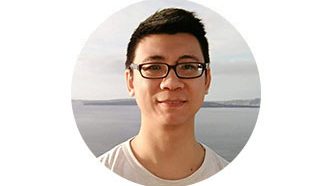