“My doctor has instructed me to take a one-month break or I would soon become mentally ill. I am shutting down my mobile phone for one month,” said Kuan.

In his FB posting entitled “Doctor instructs me to rest for a month”, Kuan informed netizens that he is taking one month off for his physical body and handphone to have a complete rest.

Kuan, who is also the founder of Community Policing Malaysia, said he received more than a hundred phone calls and countless WhatsApp messages seeking help and making complaints each day over the years.

Kuan’s doctor has warned him that if he does not take a good rest, he might be suffering from mental illness.

Those who run out of food, unable to pay rents and utilities or need diapers also seek help from him.

There are also the unemployed, homeless, those on the verge of committing suicide and many others who have approached him for help. He has also received messages seeking help from people harassed by loan sharks, conned in love scam and those without a computer to study.

“I have many issues to settle each day and most of them are negative in nature. I am emotionally affected by those negative sentiments,” he said.

Kuan, 57, recently received the Commonwealth Points of Light award from the Queen of England as recognition for his exemplary voluntarism and service to the community.

Kuan has come to be known as Uncle Kentang from the days when he started distributing potatoes to the poor.

He is also known as the 10-sen man because he offers a 10-sen ambulance service, a 10-sen taxi service, as well as selling items for 10 sen at a flea market to alleviate the financial burden of the poor and needy. 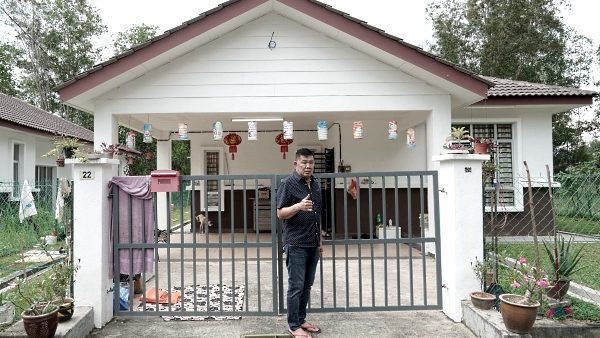 Global warming not responsible for Madagascar famine: study
11 h ago