In last week’s Pandora Papers scandal, the secretive manner in which hundreds of world leaders, royal families and billionaires protect their hidden wealth made interesting reading.

In Malaysia, we are often reminded that the New Economic Policy (NEP) has failed to uplift the economic participation of Bumiputras, but both the Panama Papers leak of 2016 and the recent Pandora Papers exposé, appear to paint a different picture of Bumiputra-owned wealth.

So, why tell the world that in Malaysia it is the Chinese who dominate the country’s riches?

The poor of Malaysia stash their spare money under the mattress, but in both the Panama and Pandora Papers scandals, Malaysian politicians including current and former ministers, and the uber-rich enjoy the secrecy of offshore accounts.

The Panama Papers leaked the names of many prominent senior politicians and sons of former Malaysian prime ministers such as Abdullah Badawi, Mahathir Mohamad and Najib Abdul Razak.

Although there is nothing illegal about establishing and owning offshore accounts, companies or trusts, some people do it because reduced regulation and transparency means they can hide any undeclared income.

In this latest exposé, the Investigative Consortium of Investigative Journalists (ICIJ) shared around 2.94 terabytes of confidential financial files consisting of 11.9 million documents and records from 14 offshore service providers that set up and manage shell companies and trusts in tax havens worldwide.

Similar to the Panama Papers scandal, the Pandora Papers confirmed that Singapore was a handy gateway for rich and powerful Malaysians to transfer their assets to tax havens.

The reaction from Malaysian politicians has been particularly revealing. They dodged answering questions and made various excuses whilst Zahid boasted about his superior corporate knowledge when trying to avoid further queries by opposition MP representing Jelutong, RSN Rayer.

When Speaker Azhar Harun protected Zahid from intense grilling, the Umno-Baru president tried to placate Rayer by inviting him to the parliamentary canteen for further discussion.

He said that Rayer was probably unfamiliar with the corporate world and could learn much from him (Zahid) about corporate restructuring, mergers and takeovers. Really?

When criticized, former finance minister Daim Zainuddin singled out Malaysiakini for having an “unending obsession” with him.

He said the innuendo and speculation about his financial dealings were “unprofessional” and an attempt to discredit him.

Does Zaim not realize that the Malaysian public do not treat this scandal as a private matter?

Daim was once former PM Mahathir’s trusted aide and many Malaysians allege that many of our ministers and politicians grew rich by abusing taxpayers’ money.

The Pandora Papers claim that in other parts of the world, cronies allegedly made billions of dollars after receiving special treatment in government contracts. Political parties or individual politicians also received generous donations from these cronies.

So, did the same happen in Malaysia?

Although fund raising for political parties is a crucial part of the democratic process, one does wonder if government policy is influenced by the donations which a party receives.

Almost all will claim that their actions were motivated by the priorities of the rakyat, and that they acted in the interests of the nation.

If that were the case, why did they go to extreme measures to hide their wealth in these offshore companies?

In light of the Pandora Papers scandal, will the government initiate the necessary measures to protect the nation against dirty money?

Why did the Ministry of Finance say that an investigation will be conducted only if regulations were breached?

This is a cop-out because the only people who benefit from this are the corrupt elite. A rivalry that took 43 years to fester
1 w ago 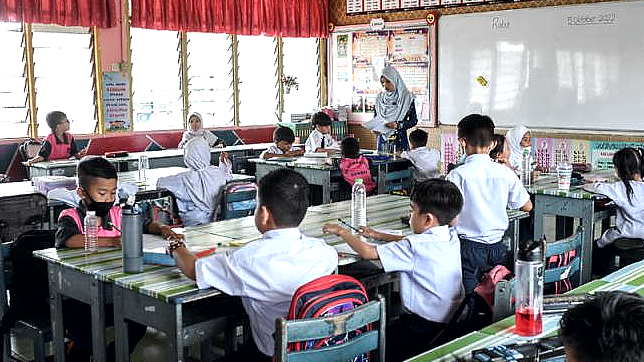 What benefits will Nizar, son of Najib, bring to Pekan?
1 mth ago
Read More