The Chapter of Psychiatry was formed in 2018 with a vision to spread awareness on mental health.

It has been active in its call to repeal or amend Section 309 of the Penal Code to decriminalize suicide, as well as its endeavor to prioritize COVID-19 vaccination for patients with severe mental illnesses (SMI), and is now committed to align with the Mental Health Day 2021’s themes to reach out to all levels of society by making mental health services more accessible.

The World Federation of Mental Health’s theme of ‘Mental Health in an Unequal World’ and the World Health Organization’s (WHO) theme of ‘Mental Health for All: Let’s Make It a Reality’ both emphasize the importance of empowering primary care and general practitioners (GPs) in assessing and managing common mental health problems, especially in regions where specialist psychiatric services may be less available.

Mental disorders are among the most common and disabling health conditions worldwide and should therefore be considered as a top global health priority.

The prevalence among children aged 5-15 years was 12.1%, with the incidence being higher in males and the younger age group (5-9 years) having a higher prevalence of mental health problems.

Although the 2019 NHMS reported a lower prevalence (7.9%) of mental health problems in the older group (10-15 years) as compared to earlier survey, it was found that girls, living in rural conditions and those from lower income groups were at higher risk.

The latest national prevalence of depression was 2.3%, comparable to other countries (2.4-10.4%). This accounts for about half a million people, and again females, those single, from rural areas and lower income groups were most affected.

And although the lifetime prevalence of illicit drug use in Malaysia is lower than the global prevalence, the findings found our nation was not spared from the scourge of the substance abuse menace, despite data on the decreased proportion of binge drinkers and heavy episode drinking (NHMS, 2019).

Suicide rates have risen, as have the incidence of anxiety and depressive disorders, not only among the population in general but also affecting our frontliners and this pandemic has furthermore highlighted deficiencies in our healthcare delivery, with mental health needs and services for the public being one of them.

With these relatively high figures, it is essential that mental health services are optimized and sufficiently staffed.

However, there exists a treatment gap between such burden and the availability of resources to manage and reduce it and is defined as the proportion of people with mental disorders in a population that are not in contact with services benefiting from evidence-based medicine (Patel V et al, 2010).

Innovations to reduce this gap have merely thus far addressed needs in the ‘supply side’ and it has been recommended that the ‘credibility gap’ be addressed (Patel V, 2014), namely that of rephrasing these disorders by taking into account the level of distress and cultural conceptualization of stigma.

The number of psychiatrists in Malaysia currently stands at around 500, the ratio being roughly one psychiatrist per 100,000 people. The recommended WHO ratio is one psychiatrist serving a population of 10,000. To effectively balance this disparity, other healthcare professionals will need to be upskilled to assess and manage mental health issues in the community.

Malaysia currently has more than 57,000 doctors, of which GPs make up 6,700 serving both the urban and rural areas.

Throughout the history of medicine in Malaysia, GPs have played a vital role in the provision of healthcare and are the focal point for medical contact in most communities.

The ‘Family Doctor Concept’ was coined by the Ministry of Health in 2013 with the tagline “One Family, One Doctor” and the 2019 NHMS had in fact reported that the rural population had a higher percentage of households visiting the same clinic (58.4%) while those committed to the same doctor in an urban setting was 44.3%.

Out of this figure, it was found that 54.2% attended public primary care clinics and 44.8% had gone to private clinics.

The percentage of households that kept seeing the same doctor was 24.1%, this figure again being higher among the rural households.

Some foreign medical bodies have been formally training GPs to diagnose and manage mental health problems from a biopsychosocial perspective which includes psychiatric medications, counseling and some basic psychological therapies.

Training such as this will help bridge the gaps in mental healthcare delivery and it is the hope of the Chapter of Psychiatry to set those wheels in motion by embarking on a debut collaborative ‘Training Day in Psychiatry’ with the Academy of Family Physicians Malaysia (AFPM) on World Mental Health Day that falls on 10th October 2021, which is also Doctors’ Day. Mental health first aiders can save lives
1 yr ago 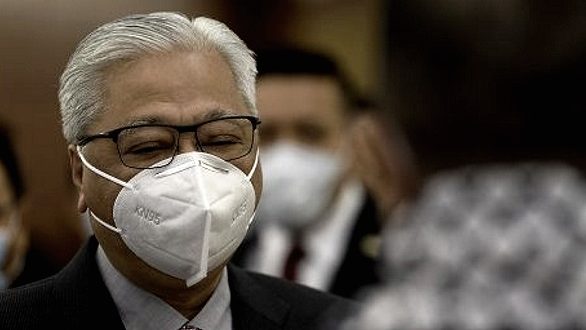