There had been a series of landslides causing loss of live, homes and public infrastructure, the most recent being at Jalan Simpang Pulai-Blue Valley heading toward Cameron Highlands on the September 18.

The series of landslides arise from poor prevention works because of neo-liberal policies. In fact, Parti Sosialis Malaysia (PSM) raised the red flag on future risks from slopes on July 17, 2020.

According to Pelan Induk Cerun Negara (PICN 2009-2023), overdevelopment and construction near hill slope increases the risk of landslide.

On February 2, 2004, the Federal Executive Cabinet approved the establishment of Cawangan Kejuruteraan Cerun (CKC) under JKR.

This was in direct response to the rockfall landslide at KM21.8 (Bukit Lanjan) on North Klang Valley Expressway (NKVE) that occurred in November 26, 2003.

Between 2007 to 2012, routine preventative maintenance was conducted properly. However, this was stopped since 2013 due to deep budget cuts imposed by the Najib Razak administration.

According to CKC-JKR, there are 946 high risk slopes in Semenanjung with 20% located within three districts; Cameroon Highlands, Kinta, and Gombak.

In 2018, CKC was supposed to conduct landslide prevention work on all 946 high risk slopes, but fewer than 6% of the slopes were completed.

The failure to undertake landslide prevention works was due to outsourcing to an incapable company called Pintas Utama Sdn Bhd (301524-V).

Ministry of Finance (MoF) granted the concession to Pintas Utama through direct negotiation to undertake slope maintenance and repair worth nearly RM900 million for a period of 36 months from November 1, 2017.

The Auditor-General’s Report Series 3 highlighted that the concession contractor did not have the sufficient capability to conduct slope prevention works as planned by CKC-JKR.

Putrajaya needs to stop neoliberal policies such as privatization of slope management and austerity cuts before more people die from landslides. 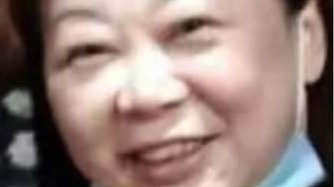