Font
Bipartisan collaboration serving the needs of both sides

Prime minister Datuk Seri Ismail Sabri Yaakob has signed a memorandum of understanding with the four parties of Pakatan Harapan on transformation and political stability.

The move will not only be able to stabilize the country’s turbulent political situation but will also allow the new government to concentrate on battling the coronavirus pandemic and revive the ailing economy.

It will also mark the biggest political reform the country has ever achieved in decades.

Even the PH coalition which won the 2018 elections championing for political reforms had not been able to deliver that during its 22 months in power given the disruptive forces from Umno, PAS and the Malay rightists.

No doubt Umno has lost its political monopoly today and the new government is indeed plagued by internal conflicts. The party’s “court cluster” and the Muhyiddin-led PN parties all have their own plans and none is ready to compromise.

Ismail’s position may not be very stable as he is not willing to offend any party and therefore needs to work with PH to counter the opposing forces within his own government.

Ahmad Zahid and Najib are both agreeable to Ismail signing the MoU with PH with the hope PH’s support will help offset the pressure from PN. Meanwhile, Muhyiddin also thinks likewise, but he is more wary about the return of the “court cluster”.

Umno has always been expressly resistant to any form of cooperation with Anwar Ibrahim and DAP, and the party’s general assembly has even adopted a motion to reject Anwar and DAP. Time has changed. Now that Umno has recaptured the prized PM post and dominance over the new government, the party must do its utmost to keep that power intact, in a way that people strongly against any form of cooperation with Anwar and DAP like Annuar Musa was among Umno’s negotiators with PH. Umno will need a little more time to dispel the dissatisfaction of the grassroots.

Moreover, cross-party collaboration is itself very much in the decree of His Majesty Yang di-Pertuan Agong, and therefore goes well with the party’s traditional stand of defending the monarchy. As if that is not enough, the cooperation may also win the party some support from young urban voters.

To PH, signing an MoU with Umno may disappoint some of the coalition’s toughest anti-Umno supporters who might think PH is betraying its principles. That said, the implementation of the reforms will boost the young urban voters who have been longing for such reforms for years.

No doubt, many people have grown immensely sick of the country’s politics over the past couple of years. PH’s willingness to work with the government shows that the opposition is finally doing something rational and constructive instead of opposing the government for the sake of opposing.

Towards the end of Muhyiddin’s premiership, DAP’s MP for Damansara Tony Pua and MP for Bangi Ong Kian Ming were in talks with then finance minister Tengku Zafrul on bipartisan collaboration, DAP’s lawmakers approved of Muhyiddin’s seven proposals for cross-party collaboration, but this irked PKR, as there was still chance for Anwar to be PM at that time.

However, after Ismail secured the premiership with the support of 114 MPs, Anwar had to reluctantly accept the reality and turned to accept the new PM’s proposal for cooperation.

As a matter of fact, we are never too far from the next election. As such, securing some political resources and publicity before the next election will definitely do more good than harm to PH. Moreover, some of the political reforms put forward by Ismail are consistent with PH’s election manifesto for GE14, including limiting the prime minister’s tenure to two terms, reforming the parliament, enacting the anti-hopping law, and allowing youngsters aged 18 and above to vote in the election…all these will definitely boost the opposition.

Some PH leaders are against signing the confidence and supply agreement (CSA) with the government. However, as they are worried about the possible return of Umno’s “court cluster” including possible appointment of Najib as PM’s economic adviser, PH has decided to ink the deal. Other than the CSA and a vote on the Budget, PH reserves the right to oppose to any other bill as well.

Unfortunately the signing of MoU with the government has triggered tremendous backlash among other opposition parties, and this underscores a lack of sound communication within the opposition camp that will only undermine Anwar’s stature as its de facto leader.

While it is a good thing that Ismail is eager to push ahead some of the political reforms, there is nevertheless ample room for improvement in order to further strengthen and democratize the country’s institutions, among them the AG’s Chambers and MACC, abolishing the draconian laws and control of political donations. The progress will be limited unless the new government cherishes new attitudes in democracy, freedom, human rights, women’s rights, racial and religious issues.

The new government must walk the talk and stop the political patronage of old politics such as nominating Umno’s sec-gen Ahmad Maslan who has court cases to deal with, as Dewan Rakyat deputy speaker, and the appointment of Bersatu’s MP for Tasek Gelugor Shabudin Yahaya as AIM chairman.

Any reform effort to consolidate a political leader’s power will never sustain nor improve the politicians’ rotten image among the rakyat. Political reforms must be instituted in full sincerity to be of any value. 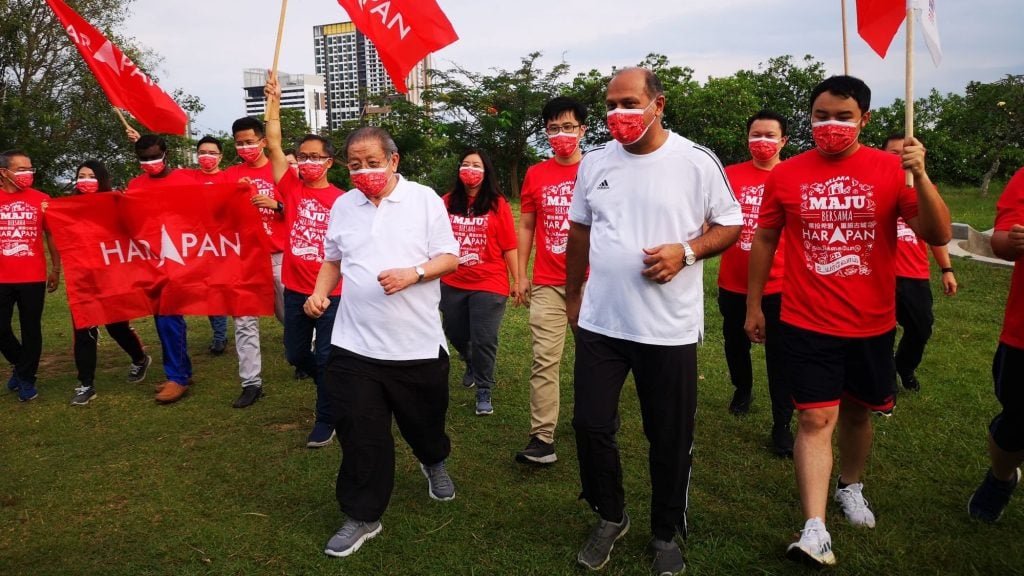